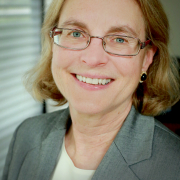 Chairman of the Board

Ann Beal Salamone is Chairman of the Board of Rochal Industries LLC (San Antonio, TX), which is a global leader in commercializing technology innovations in polymer, antimicrobial and biological systems. She co-founded the company in 1986 in the Boston area.

Salamone was elected to the National Academy of Engineering in 2016 “for development of materials for biomedical applications, personal care, electronics, and water purification.”

She has developed products for electronics, water purification, personal care and healthcare and has invested in and served on the boards for several entrepreneurial companies as well as co-founded six companies.  Additionally, she serves on the board of Sanara MedTech (NASDAQ:MDTI)

During her tenure as Vice President of EDC (a South Florida science & technology incubator), EDC’s clients increased aggregate revenues by more than $98 million, raised more than $74 million in outside funding, and created 5,013 jobs.

She was elected Chairman of the American Chemical Society’s Polymer Division (8,000 members), and is a co-founder of the Intersociety Polymer Education Council which has provided hands-on in-services to over 500,000 K-12 science teachers since 1991.