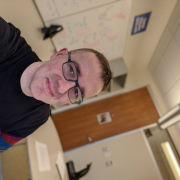 University of Illinois at Urbana-Champaign

Brendan Harley is the Robert W. Schaefer Professor in the Dept. of Chemical and Biomolecular Engineering at the University of Illinois at Urbana-Champaign. He received a B.S. in Engineering Sciences from Harvard University (2000), a Sc.D. in Mechanical Engineering from MIT (2006), and performed postdoctoral studies at the Joint Program for Transfusion Medicine at Children’s Hospital Boston (2006 – 2008). His research group develops biomaterial platforms to dynamically regulate cell behavior for applications in musculoskeletal regeneration, hematopoietic stem cell biomanufacturing, as well as to investigate endometrial pathologies and invasive brain cancer. He has received funding from the NSF, NIH, American Cancer Society, the U.S. Army, and the AO Foundation. Prof. Harley co-founded a regenerative medicine company, Orthomimetics Ltd., to commercialize a biomaterial for osteochondral regeneration (global patent protection; CE Mark approval; 150+ patient Phase I clinical trial). Dr. Harley has received a number of awards and honors including an NSF CAREER award (2013), the Young Investigator Award (2014) and the Clemson Award for Basic Research (2021) from the Society for Biomaterials (2014), as well as university research, teaching, and promotion awards (U. Illinois). He is an elected Fellow of the American Association for the Advancement of Science (2014) and the American Institute for Medical and Biological Engineering (2018).