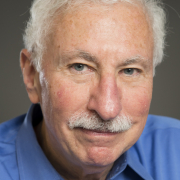 Buddy D. Ratner is the Director of University of Washington Engineered Biomaterials (UWEB21) Engineering Research Center, co-director of the Center for Dialysis Innovation (CDI) and the Darland Endowed Chair in Technology Commercialization. He is Professor of Bioengineering and Chemical Engineering, University of Washington. Ratner received his Ph.D. (1972) in polymer chemistry from the Polytechnic Institute of Brooklyn. He is a fellow of the American Institute of Medical and Biological Engineering (AIMBE), AVS, AAAS, American Chemical Society, ACS-POLY and the International College of Fellows Biomaterials Science and Engineering. In 2002 Ratner was elected to the National Academy of Engineering, USA. He has been involved in the launch of seven companies. He served as President of Society For Biomaterials in 1998 and President of AIMBE in 2002. He was lead editor of the textbook, "Biomaterials Science: An Introduction to Materials in Medicine" (1st, 2nd and 3rd editions) -- the book has sold over 40,000 copies and is used in most biomaterials education programs, worldwide.