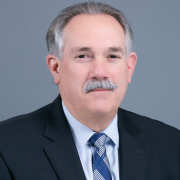 Mr. Washburn brings a depth of financial and operational planning experience to Acuitive Technologies, Inc. as a founding member, director and filling the COO/CFO officer roles.  Over the past 40 years, he has performed leadership roles with direct operational involvement in growing numerous early and mid-stage orthopedic device businesses from their inception to resulting acquisition.  Among these successful companies are Osteonics/(Stryker), Implex Corp., Endius, Inc. and Pipeline Biomedical Holdings, Inc.  In addition, he has consulted with several start-up companies utilizing his financial and strategic business planning expertise.

Mr. Washburn began his career as a staff and senior auditor for Price Waterhouse prior to becoming a financial officer at Osteonics, Inc., a division of Stryker.  After leaving Osteonics he became a founder, Board Member and VP of Finance & Operations for Implex Corp. where he led all financial operations and the build-out of a unique manufacturing facility. He also played a lead role in the acquisition discussions of Implex by Zimmer Holdings.  Subsequently, he followed this success by joining Endius, Inc. as a retained consultant and acting COO assisting the CEO in the restructuring, refinancing and later in the acquisition negotiations with Zimmer Spine. His most recent success was at Pipeline Biomedical Holdings, Inc. where he was founder, COO, CFO, and member of the Board of Directors.  He led negotiations for Mako Surgical’s acquisition of Pipeline.

Mr. Washburn received his Bachelor of Business Administration from Western Michigan University and is an inactive CPA.