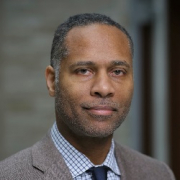 His research interests include biomaterials, tissue engineering, regenerative engineering, on demand patient-specific medical devices, additive manufacturing for biomedical devices, controlled drug delivery and bio/nanotechnology for improved therapeutics and diagnostics. Dr. Ameer’s laboratory pioneered the development and medical applications of citrate-based biomaterials. These materials have been adopted for various bioengineering applications by hundreds of researchers around the world. He has co-authored over 250 peer-reviewed journal publications and conference abstracts, several book chapters, and over 50 patents issued and pending in 9 countries. Several of his patents have been licensed to companies to develop medical products. Dr. Ameer is a Fellow of the American Institute of Medical and Biological Engineering(AIMBE), a Fellow of the Biomedical Engineering Society(BMES), and a Fellow of the American Institute of Chemical Engineers(AIChE). Dr. Ameer is an Associate Editor of the Regenerative Engineering and Translational Medicine Journal, member of the Boards of Directors of the Biomedical Engineering Society (BMES), the Regenerative Engineering Society, and the American institute of Medical and Biological Engineering, co-chair of the BMES Diversity Committee, and a member of the Scientific Advisory Board of Acuitive Technologies, Inc. a company that is bringing one of his technologies to the musculoskeletal surgery market. Dr. Ameer is also a co-founder of several medical device companies.