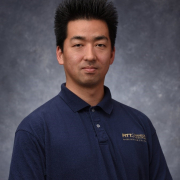 Takashi Kozai is an Assistant Professor of Bioengineering at the University of Pittsburgh. He received the B.A. (magna cum laude) degree with distinction in Molecular, Cellular, and Developmental Biology, and another B.A. degree with distinction in Biochemistry from the University of Colorado, Boulder, CO, USA, both in 2005, and M.S. and Ph.D. degrees in Biomedical Engineering from the University of Michigan, Ann Arbor, MI, USA, in 2007 and 2011, respectively. From 2011 to 2013, he was a Postdoc with the Department of Bioengineering, University of Pittsburgh, Pittsburgh, PA, USA, where he was appointed as a Research Assistant Professor from 2013-2015 before starting his own lab. His research interests include: (1) Manipulation of neuronal and non-neuronal cells to influence the function of neuronal networks, (2) Understanding the role of neuroimmune cells in neuronal damage and regeneration, and (3) Improving long-term performance of implanted electrodes and integrating man-made (engineered) technology with the human brain for the purpose of studying normal and injured/diseased nervous systems in vivo at the cellular level, as well as restoring function to patients.